If you’re in need of a new driver, look no further than the Callaway Epic Flash driver.

Each year, the biggest names in golf unveil their new, latest and greatest equipment. Unfortunately, that doesn’t mean there is always a ton of change and added benefits for the everyday golfer. Wedges mostly stay the same, irons change a little bit more but most golfers are always looking to replace the driver.

Besides, who doesn’t want more distance off the tee?

In the case of the Callaway Epic Flash driver, it’s more than possible. In fact, the new series from Callaway was awarded a 20 out of 20 stars in the 2019 Golf Digest Hot List.

Keep reading for my Callaway Epic Flash driver review to learn how Callaway broke the mold and created something special with its newest driver.

As I said, most years, drivers don’t change too much from the previous model. Sure, they look a little different, usually come with a new shaft but technology doesn’t change too dramatically.

But in 2019, Callaway shifted the norm and released the Callaway Epic Flash (and Flash Subzero) drivers.

How the Flash Driver Was Created

Have you ever wondered what engineers are actually doing behind the scenes to test and develop new golf equipment? In this case, it’s different than anything I’ve ever heard about.

Callaway engineers use artificial intelligence (Yes, AI for a golf club) and machine learning to create a face that promotes faster ball seed than any other driver.

They spent roughly five million dollars creating a supercomputer to help design the face of the Flash driver series.

Here are some of the great benefits of the Callaway Epic Flash driver:

While you can have all the best features, every golfer needs to love looking down at their weapon of choice. The Callaway Epic Flash series is very easy on the eyes and one of the cleanest designs in 2019.

It comes with a T2C Triaxial Carbon on the crown of the club. This makes it lighter which helps lower the CG of the club.

There are three standard shafts on the driver is the

All of the Callaway stock shafts come with the Golf Pride Align grip to help with your hand alignment. Unlike other drivers, both of the adjustable rings rotate so you can ensure the green line is always underneath your grip.

Like most drivers, there are several different models available. Callaway offers the standard Epic Flash and the smaller, Epic Flash Subzero.

So what’s the difference?

The Epic Flash Subzero is more of a players club but still has a ton of forgiveness. The smaller head usually adds a few extra mphs for your club swing but the sweet spot is a bit smaller. If you’re struggling with launching the ball high and losing distance due to excess spin, this is a great choice.

As I mentioned, there are so many great choices in driver selections today. Here are some of the top competitors depending on your budget.

What is the difference between the Callaway Epic Flash vs. Epic Flash Subzero?

The only difference is that the Epic Flash Subzero model has a slightly smaller head. This makes the club less forgiving but also lets you have a bit more workability which is great for lower-handicap players.

What are the stock shaft options?

There are three custom shaft options. Each of them are solid options but will have different results based on your own individual swing. Make sure to hit into a launch monitor or get custom fit to make sure you find the right shaft flex and weight for your game.

The driver comes with a matching green, white, and yellow head cover to protect your investment. It also comes with an adjustable tool and you can buy extra weights as well. The stock weight is a three-gram weight but you can purchase ones for up to 16 grams to lower your CG and customize your club.

If you want more ball speed and distance (because who doesn’t) the Callaway Epic Flash driver series is a great addition to your bag. Thanks to massive amounts of testing with their AI technology, Callaway has delivered something special here.

While the GBB, Rogue, and Callaway Epic were solid drivers, this one really breaks the mold. With so much technology in one club, it’s not hard to see why this driver received a 20/20 from Golf Digest and rave reviews all over the internet.

If you’re looking for insane distance and tons of forgiveness on your misses, click here to grab the new Callaway Epic Driver today!

Next up, let’s work on your irons. Check out our review of the new Apex 19 Irons. 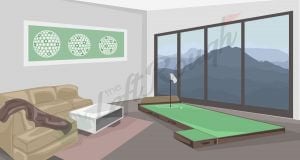 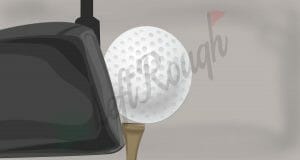 Understanding Club Technology: What is MOI in Golf?