It was Christmas 1992, all I asked for from Santa was a Big Bertha Driver.  Unfortunately, I was 14 years old and Santa could care less what I wanted.  I saved up all my money and I was able to buy a Big Bertha driver by the time summer rolled around that year.   As a twist of fate, I would hit a pop-up that would dent the crown after the third drive I ever hit with it.  But I loved that club despite it's battle wounds!

From the Big Bertha to the iconic Great Big Bertha drivers of the 1990s, Callaway Golf has pushed the boundaries to create drivers with maximum forgiveness that are playable for everyone from the weekend duffer to the PGA Tour star.  Their latest creations continue the trend, as the GBB Epic and GBB Epic Sub Zero drivers feature revolutionary technology, devised over a four-year process by Callaway's research and development team. Both clubs are shining stars in the class of 2017. A revolutionary method of head construction sets the Epic drivers apart from competitors. Jailbreak technology features two parallel, slender, 3-gram titanium rods positioned 30.5 millimeters apart that connect the crown to the sole. These rods provide stability, make the driver face 20 percent thinner than previous Callaway models and also more flexible. The rods are near the inner side of the face but do not touch it. The golfer benefits because this technology transfers more of the power of impact into the ball. There's less wasted energy and more forgiveness head-to-toe.  To offset the weight of these rods, Callaway used carbon fiber to construct the crown and sole of the driver.

According to Callaway the increased distance and forgiveness provided by the Jailbreak technology is available to golfers across the spectrum of clubhead speeds, from high handicappers to scratch amateurs and professionals.

On this particular model, there's also an easily adjustable 17-gram sliding weight in the rear of the club. This helps a golfer generate the desired shot shape, with settings ranging from extreme draw to neutral to extreme fade. And like most drivers on the market today, the GBB Epic Driver also features adjustable hosel settings (OptiFit Adjustability), allowing golfers to use the provided tool and tweak lie and loft to produce the desired result.

Increased ball speed is common for golfers across the board, as the ball explodes off the face of the club providing consistent results on balls struck high or low on the face not to mention on the heel or toe.  Golfers aiming to gain a few yards will be happy they pursued this option.

There are other drivers that might produce more feedback on off-center or solid strikes, however, the performance delivered by this Epic driver offsets any deficiencies in that area. Golfers won't worry as much about the feel when their tee shots are landing consistently in the fairway and they are suddenly outdriving their buddies in the regular foursome.

Callaway has raised the bar with the GBB Epic driver. This club checks all the boxes. It's a sweet, mean-looking driving machine, featuring a sleek, dark finish that simply oozes power and control. The GBB Epic makes a unique, easily recognized solid sound on well struck shots. Yet while it may be aesthetically and sonically pleasing, the real reward provided by this club comes from the extreme playability offered for golfers of all shapes and sizes. The off-center hit will fly straighter and farther. The high launch and low spin combination can be achieved on a consistent basis. Just like the companion Epic driver, the Sub Zero features the Jailbreak technology which enables the clubhead to maximize the amount of energy transferred from the face to the ball. Because the crown of the Epic driver weighs only 9.7 grams, it also has a high Moment of Inertia (MOI), and therefore is extremely forgiving. And every golfer can benefit from increased forgiveness.

This driver is geared toward golfers who already have a repeatable ball flight and want to maximize their distance. Sliding the 12-gram and 2-gram weights forward and back enable the golfer to reach optimum distance without sacrificing control. This model has proved popular with golfers on all professional tours, as PGA Tour superstar Rory McIlroy put one in play early in 2017.

Golfers looking for a 460cc head that looks good, feels good and produces consistent good shots will be happy to have the Callaway GBB Epic Sub-Zero in their hands, assuming they find the optimal shaft length, shaft flex, lie and loft. It's easy to feel good about hitting a good shot with this driver when the golfer gazes down at the beautiful, sleek, glossy black head.

Across the board, golfers report improvements in ball speed on all shots, regardless whether they are struck in the center of the clubface or if they are struck high or low on the heel or toe. This is one of the longer drivers in the class of 2017

Perhaps the only drawback to the SubZero is the heavy weight forward setting, which can reduce spin to a point where it creates a undesirable, wide shot dispersion. The low-spin, flat trajectory shots are problematic, so keep this in mind when adjusting the weights.

First and foremost, Callaway has done an excellent jobs of producing two similar models that both cater to golfers of across the board. Whether your clubhead speed is 85 miles per hour or 115, both the Epic and Epic Sub-zero drivers could prove to the best fit. In reality, it's a matter of personal preference and desired ball flight. A golfer who fights a two-way miss will probably prefer the Epic, because of the weight settings on the back of the driver which make it easier to generate a repeatable ball flight. Golfers who feel confident their drives will land in the fairway but are simply searching for those elusive additional 5-10 yards might prefer the deeper face of the Sub-Zero.

If you've used Callaway drivers in the past or are currently using one, you owe it to yourself to give the Epic series a shot. For starters, the Jailbreak technology is unlike anything seen before in the world of drivers.

Should I upgrade to the GBB Epic Driver from an old Callaway Driver?

When comparing the Epic to the Callaway Alpha 815 or Alpha 816 drivers on solidly struck shots, golfers might find similar numbers in launch angle, spin rate, carry and overall distance.  However, if we all hit the center of the clubface every time we'd probably be vying for a spot on the PGA Tour or at least aspiring to get there.  Off-center hits are where the the Epic stands apart from previous Callaway models, although the Double Black Diamond or Great Big Berthas from recent years might deliver slightly more feedback and feel, if that's important to you. Still, keep in mind that Callaway claims the Epic series offers 50 percent more forgiveness compared to previous drivers - it's a feature that's difficult to ignore.

How do the GBB Epic Drivers compare to other Drivers on the market?

As I have discussed before, there are two distinct philosophies when selecting equipment.  Some players stick with one manufacturer while other players select the best of breed.  These players pick the best driver, irons, wedges, putters, etc. regardless of what manufacturer made the equipment.   For instance, Titleist guys will normally hit only Titleist equipment.

For the players who fall into the best of breed equipment bucket, the Epic series drivers are similar to the Taylor Made M series in popularity and performance in a poll of serious golfers.  However, many players who have traditionally played Taylor Made Drivers have found the Callaway GBB Epic series to be longer.

Callaway received a strong return on the time, money and effort spent on research and development of this driver. Golfers should enjoy putting the finished product in their hands and letting the tee shots fly.

If too many of your tee shots have been landing in the trees or you've grown weary of hitting the shortest drives in your foursome, it's time to give the Epic series a shot. Once again, Callaway has pushed forward driver technology and delivered a superior product that is useful for golfers of all kinds.  If you are looking for a long, hot driver pick up a GBB Epic Driver today.  If you would prefer a little less spin on your 350 yard drive, the GBB Epic Sub Zero driver is the right one for you. 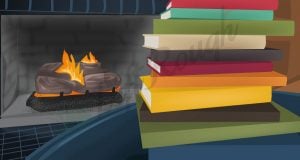 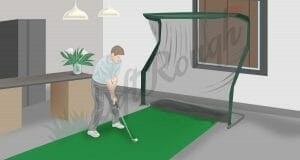 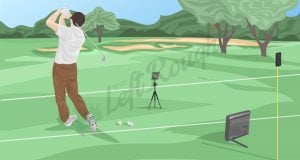