The Callaway GBB Epic series of drivers were unveiled in the United States in January.   And they have been a sizzling seller throughout the market in 2017. Callaway's jailbreak technology has appealed to and satisfied golfers of all ages and skill levels. With the latest addition to the series - the Callaway GBB Epic Star Driver - the manufacturer has cast an even wider net.  The Epic Star delivers Callaway's lightest driver ever. It was designed with the goal of helping golfers with slower swing speeds gain distance, forgiveness and accuracy. Again, Callaway left no stone unturned when designing each element of the GBB Epic Star.  This club was originally released in Japan in January. Every material in the club was selected with the lightest weight in mind. The driver features a lightweight titanium head, no different than many other competitors. However, Callaway opted to use triaxial carbon fiber in the head to create an overall crown weight of just 9.7 grams.

As mentioned earlier, the Jailbreak Technology, which Callaway also invented and revealed in early 2017, is in place on the Epic Star. Jailbreak Technology is two rods that extend from the crown to the sole in the clubface.  It is designed to channel the flexing into a smaller area, providing better results on off-center hits.

A Weight Loss plan for a Driver

There is a sliding weight in the back of the driver which golfers can adjust to choose either a draw or fade bias. But, the weight is only 11 grams, compared to 17 grams for other drivers in the Epic series.  Consequently, this enables Callaway to trim precious weight from the head with the slow swinger in mind.

Along those same lines, the Epic Star does not feature an adjustable hosel.  This was done to cut more weight from its predecessors in the series. The reasoning here was simple. This club was designed for a corner of the golfing population that's interested in making contact and advancing the ball forward in somewhat consistent fashion. Therefore, Callaway assumed those customers are less likely to make the adjustment, so they omitted it.

The stock shaft in the Epic Star is a Mitsubishi Rayon Grand Bassara.  This shaft is a 39-gram shaft - or 10-20 grams lighter than the stock shaft in most drivers manufactured today. And, the stock grip is the Golf Pride J200.  The grip was originally designed for the Japanese market and weighs in at 41 grams. With its ultralight overall weight (286 grams), 460 cc head featuring Jailbreak Technology, the Epic Star is built for power. Therefore, golfers who have struggled to generate the requisite clubhead speed to consistently carry their ball over forced carries like bunkers and water hazards could suddenly become infatuated with the powerful possibilities presented by the Epic Star. As a result, this driver could have players booming tee shots past their regular foursome.  It might just send your playing partners scrambling for an Epic Star Driver to call their own.

Those two lightweight titanium rods from crown to sole were installed in the Epic drivers with forgiveness in mind. They're intended to not only lessen the shock and vibration from errant strikes, but also to give golfers more consistent distance and accuracy on errant strikes. As one golfer described the Epic: "My weak miss to the right that used to land in the deep rough or the trees, now barely misses the fairway or maybe even finds it." That's the technology we're all seeking, right?

If you're hunting for a club that easily produces low draws and high fades, the Epic Star is not going to deliver the goods. It's best to keep walking, surfing or scanning and find another aisle in the driver department.

The black head with gold trim creates a club that a golfer can feel good about when he is standing on the tee box. The head has enough of a rounded, traditional shape to please the purists.  At the same time, the head is also brimming with "look-at-me" flash and shine. This is one pretty driver, indeed. It's pretty simple. If you're looking for a lightweight driver, why not opt for the lightest one ever produced by a driver making giant like Callaway? The target audience is clear: Give me your beginners, your seniors, your ladies, your juniors.  And this is the driver for you. Someone with a 75 mile per hour club head speed could find an additional five MPH.   That might mean 10 more yards down the fairway. Thus, a youngster or elder who doesn't possess the strength to consistently swing correctly might love the ultra-lightweight feel of the Epic Star.  The feel is in stark comparison to its predecessors - the GBB Epic and GBB Epic Sub-Zero.

While the XR series was Callaway's premier lightweight driver in the past, the Epic Star should be a more forgiving club for most golfers. Again, there's a fair chance the intended market doesn't hit the ball in the center of the clubface as much they would like to.  So it's important to factor forgiveness heavily into the equation.

The Cleveland Launcher series has been considered the cream of the lightweight driver crop in recent years.  The clubs are similar from a weight standpoint, however the Callaway again should trump the Launcher in the forgiveness category. The Epic Star is a niche driver. But Callaway knew what it wanted to produce as it designed the club.   And they accomplished their goal to the nth degree.

“The two biggest things for lower head speed is one, try to increase their head speed, and two, make sure they get high enough launch,” Callaway senior director of research and development in woods Evan Gibbs said. “The lighter weight helps some players hit up on the driver, and hitting up on it for a lot of players is a greater benefit than the additional head speed.”

If low, short, scudding tee shots are a problem for you, the Epic Star could be the driver that fixes what ails you. It's a fine-looking, sweet-hitting driver.  In fact, it's so light you'll barely know it is in your bag. It's one your playing opponents would be eager to see leave your hands as your drives reach new heights and lengths. 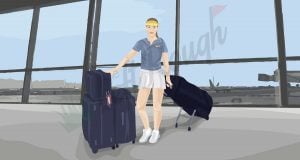 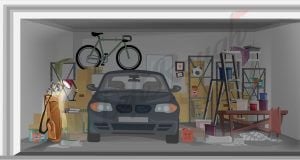 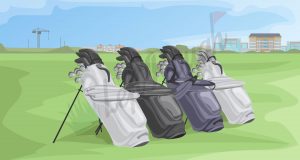 Enjoy the Walk: The Best Golf Stand Bags of 2019 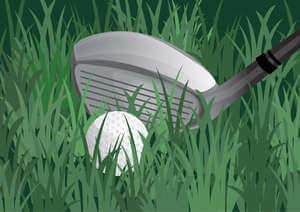 Over 10,000 Golfers already enjoy our Newsletter.  Subscribe now and Receive our E-Book as a Bonus…

How to Improve your Golf Game at Home