For decades, Ping earned and built its reputation in golf as a premier producer of irons and putters.  As a boy, my first real set of clubs were Ping Zing 2 irons.  I remember how much I loved those clubs.  No one who consistently shot in the high 90s had a better set of clubs than me!

In 2004, the golf club manufacturing titan unleashed the G series of drivers, aiming to build clubs that could help recreational golfers and please the expert player. The Ping G driver is the sixth edition in this series, and a fine example of how the company continues raising the bar which it has set.

· Excellent playability – Low handicap and professional players are enjoying the G driver because of its feel and feedback.

· Adjustable lie and loft – Works as advertised, allowing the player to maximize their driver

· Traditional pear shape – This is a good looking club, with its black matte finish and traditional look.

· Sound – This is not a quiet driver. Much like previous Ping models, it’s on the noisy side.

· Length – The stock shaft is 45.75″ inches, which puts Ping as one of the longer drivers on the market. At a time when many PGA Tour players, such as Rickie Fowler and Jimmy Walker, are using shorter drivers Ping has taken the opposite approach with the G.

Ping has always been a bold innovator in the marketplace, unafraid to take chances and produce a club that can help the average golfer improve his or her game.

For starters, it has a titanium crown which is only 0.43 mm thick. The previous perception is the minimum was 0.50 mm. Shaving the thickness created eight grams of weight which could be used to reconfigure the shape of the head. Altogether, the club weighs 310 grams with the stock shaft.

Another interesting feature is the aerodynamic turbulators on the top of the club. They provide stability and help the club cut through the air at a high rate of speed. In addition, the ridges on the rear – inspired by a dragonfly’s wings – are unique in the golf club driver market today. The radical textured crown is becoming the signature design of the latest Ping G Driver and helps create a sleek, refined appearance.

Finding the proper combination of high launch and a low spin rate is the pursuit of every golfer who aims to maximize their distance without sacrificing accuracy. The G Driver possesses this feature, creating booming tee shots that fly high, carry far and roll out after landing.

Ping has increased the MOI (moment of inertia) six percent on mis-hits up and down the clubface while increasing it one percent on mis-hits of a horizontal nature. The sleek, inviting head gives golfers the confidence to swing away without worrying about hitting the shots slightly off-center.

The feedback from this Ping G driver is excellent when combined with its forgiveness. While the high, straight shot is the benchmark, the club does enable golfers to alter trajectory and work it in both directions. Using the tool to make tweaks to the lie and loft can also improve the club’s overall performance.

The dragonfly wings on the back might not be particularly pleasing to every golfer, however the black matte finish and the traditional pear-shaped head create a distinct appearance for the Ping G driver.

Should I change to a Ping G Driver from another Ping Driver?

Compared to the most recent offering – the G30 – the average player may not find a significant upgrade, however. One of the biggest differences between the G and the G30 is in appearance. While the G30 is a tremendous, game improvement driver it is not always the easiest club to gaze down upon. The G might be the answer for golfers who want more of a classic or traditional look.

That being said, anyone who has one of the four older G model drivers in the bag, such as the G30’s predecessor, the G25, might find the G driver as a significant upgrade in overall playability, gaining ball speed while maximizing spin and launch angle. Ping continues to push forward, searching for the ideal combination of materials and design shape to create the optimal driver for everyone.

Golfers who have enjoyed previous G drivers would be foolish not to give the latest model a try.

For the average golfer, the Ping G driver could be a nice option compared to say the Taylor Made M series, which is geared more toward low handicap players with higher clubhead speeds and spin rates. By creating forgiveness not only from heel-to-toe but from top-to-bottom, Ping has built a driver for golfers of all skill levels that should be preferred by players who struggle to find the sweet spot on a consistent basis.

The Callaway Great Big Bertha Epic is the hottest driver of 2017, and with good reason. But the Ping G driver is certainly in that conversation. It combines all the features golfers have come to expect from the company and a driver players can feel good about.

Give the Ping G Driver a try, you won’t regret it. 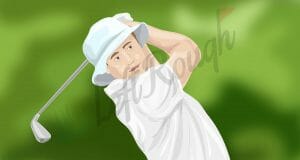 Play it Safe: The Best Golf Hats for Sun Protection 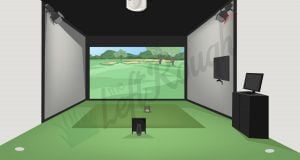