Years ago, a fraternity brother of mine started playing in my regular Saturday morning foursome.

Armed with a set of irons from his uncle’s garage, he was a true beginner to golf.

But he was a great athlete in High School.  He was the Point Guard on the Basketball team, Quarterback on the Football team, and the Shortstop on the Baseball team.

From an athletic point of view, my friend had been “The Man” all of his life.

We would go out every Saturday, and he would watch while everyone else in the group bombed drives and hit piercing approach shots.

But unlike everyone else in the group, my friend would hit it fat, top the ball, hit big slices when he did make solid contact and just generally embarrass himself almost every time out.

The bad news is that for an entire summer, this pattern repeated itself.

He enjoyed spending time with us, but a part of him wanted to quit because he felt so inadequate around us.

Does any this sound familiar?

The good news is this, his competitive spirit would not let him quit.

That winter, he started taking golf lessons.   And before the golf season began, he bought a new set of irons.

We’ve all got other commitments like family and work where we don’t get to play together very often.

But here is the happy ending:

My friend is celebrating his 3rd year in a row of winning his flight in his annual member-guest tournament.

How does any of this relate to you?

My friend’s golf career turned around when he made a commitment with lessons and a good set of irons.

Review of the Ping G700 Irons

My friend, you’ve found the right place. Everything about the G700s shouts distance.

The thin face and oversized head, combined with the strong lofts and the ridiculously high launch has many club-testers reaching for an 8-iron where they used to need a 6-iron or 7-iron.

More forgiving than a Catholic Priest, the G700s can deliver solid hits even when face meets ball toward the toe or heel.

Ping has always excelled in delivering the best performance on mis-hits and the Ping G700s live up to Ping’s history.

These are the best looking super game improvement iron I have ever seen.  They are beautiful setting up to the ball.

These are oversized irons, which can be a turn off for some.  But just think of these irons as a beautiful plus-sized model.

Honestly, just glancing in your bag you would never know you are playing super game improvement irons.

High and straight is the primary purpose of the G700s.

While some mid-handicappers may find them appealing, in general, it’s expected these clubs will find a home in the bag of double-digit handicappers.

If you are looking to work the ball, you are in the wrong class of club.

No different than car manufacturers who put CD players in their latest model in the 90s, Ping always seems to know what the customer wants before the customer does.

The G700s are similar to the G400 Crossover model but have a slightly thicker topline and a longer head. They feature a 17-4 Stainless Steel body with thin C300 Maraging Steel of varying thickness in the face, enabling the ball to jump off the clubface at rocket speeds.

By putting one screw in the shaft and another screw on the toe as a weight, Ping produces counterbalance and a stable clubface at impact.

The Hydro Pearl finish is not only satin and sassy, offering a classy looking club but it also wicks away moisture at impact, which is designed to reduce those pesky flyer shots from the long grass.

One significant difference from say, the TaylorMade P790 iron, is Ping opted not to fill the clubhead with foam. Therefore, the slight pingy sound is produced.

These irons are designed to produce a higher launching shot that may not spin as much as some irons but will still land softly on the green. The standard loft on the 7-iron is 29.5 degrees, which is a touch on the strong side and if that’s not producing the requisite distance some of the world’s power hitters seek, then Ping also offers its Power Spec lofts, which are 1.5 degrees in the 4-7 irons and 2 degrees in the 8 iron through sand wedge.

You, yes you, could be hitting 175-yard 7-irons as quickly as you put the G700s in the bag and strutting off the tee box of par 3s, proudly telling your buddies what club you just used to produce a pin-seeking shot.

The stock shaft for the G700 is the Ping AWT 2.0, which is steel. But the manufacturer offers an array of other options, such as the Ping Alta CB Graphite.  We recommend the graphite option for seniors and ladies.

How do the Ping G700s compare to the Competition?

These clubs are in the super game improvement category.  Other popular clubs in this category are the TaylorMade M-CGB or the Callaway OS.  In another post, we rank our Top Super Game Improvement Irons for Beginners and High Handicaps.

Spoiler Alert:  We rank the Ping G700 Irons as the best super game improvement irons of 2018.

From a technology standpoint, these are not your run of the mill irons.  Actually, when looking at the G700s, the TaylorMade P790s and PXGs come to mind because of the hollow body design.   Now don’t be confused, the P790s are designed for a completely different level of player.

But the point is that the G700s are revolutionary irons just as the 790s and PXG are.

These irons are built for distance.  You will find no longer iron in the super game improvement class of irons.

Height is good and the G700s produce this.  Soon you’ll be hitting towering iron shots that might make Jason Day or Justin Thomas pay attention from the next fairway over – right before they call security to have you removed from the course.

If you are shopping Ping Irons, you may have looked at the Ping G400 irons and wondered how the clubs differed.

The G700 irons will launch higher with more distance and forgiveness than the G400 irons.  The drawback is that the G700 is a larger, bulkier club than the G400.  The G700 features more offset which could mean trouble for you guys that don’t struggle with a slice.

Despite the large size, the G700s are the best looking super game improvement irons ever in my opinion.  Again, think of a plus sized model!

Simply put, if you are a 10 – 20 handicap golfer, you’re probably better looking at the G400 irons.  If you are on the fence between the two irons, we have a full review of the Ping G400 irons you need to read.

For the high handicapper or beginner, the G700 is Ping’s version of your club.

I don’t usually hard-sell any irons on this website.  But I’m so impressed with these irons I’d be letting you down if you I didn’t give you a little push.

First off, if you are not serious about playing better golf these clubs are not for you.  There are plenty of cheaper options if you just need a set of clubs in your bag.

If you are like my old friend, all three of these will get your game to a respectable level and end that feeling of inadequacy when playing with better golfers.

Stop wasting any more time embarrassing yourself on the course, click on the orange link below to order your new set of G700 irons.

Getting a set off the rack is just fine for a golfer of your skill level (unless you are a good player with a repeatable swing all you are doing by getting fit is “locking in” a bad swing).  But that’s another topic for another day.

If you are a senior or woman select the graphite shaft, most adult men need the steel shaft. 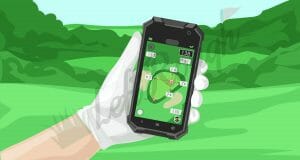