You may be wondering:

Do they ever stop?

TaylorMade seems to be unleashing a new driver every few months.

And not just any driver, each new driver seems like a weapon of mass destruction compared to the last.

In the highly competitive world of golf equipment making, if judged on effort alone, TaylorMade would win “hands down” every year.

They never stop improving on past technologies or trying to find new ways to help players better their game.

Overall, clubs, in particular, have seen substantial improvements through the years.  Much of it has come in small increments on a year over year basis.

Every name in golf makes better clubs than they did just ten years ago.

But here’s the simple truth:

No one can point to any exact feature of their club and claim it revolutionized the game.

All of that is about to change…

Armed with test data, from over one-hundred-thousand tee shots, involving players of all skill levels, TaylorMade hopes to break the “slow and steady” trend with this year’s release of the M3 Driver and M4 Driver with “Twist Face” technology.

Most drivers, fairway woods, and hybrids have a consistent curvature from crown to sole (roll), and from heel to toe (bulge).

But TaylorMade decided to study actual players and found that the curvature they’d been using wasn’t doing what it should be doing.

Armed with this new data, TaylorMade engineers rethought bulge and roll.  Twist Face was born. They have created what looks to be a breakthrough in clubface design.

Plays as long as any driver out there.

Extremely forgiving and accurate on mishits.

Some users could find the amount of customizability daunting.

In addition to Twist Face, the M3 Driver comes loaded with tons of new features:

In 2013 TaylorMade introduced the Speed Pocket to its line of drivers.

The speed pocket is a cavity that runs along the sole of the club behind the face. It provides more flex on face to ball contact. It also moves the center of gravity (CG) closer to the face.

This combination reduces spin and increases ball speed, and yields more distance. “Hammerhead” technology improves on this concept. It takes the single face-length speed pocket and breaks it into three individual sections.

Engineers found that by doing this, they were able almost to double the size of the club’s sweet spot, improve ball speed, and most importantly, increase forgiveness.

For CG weighting, the new M3 Driver features two 11 gram weights set in a continuous “Y” shaped track along the sole of the club.

The weights can be placed in any configuration along the track to create seemingly endless combinations of spin, fade, and draw. With the weights in the most forward position (at the bottom of the letter “Y”), for example, shots will launch relatively high with consistently low spin.

With one weight forward and one in the draw position, shots will launch lower, with a little more spin, and have a draw bias. Properly adjusted, this new weighting system can correct pretty much any swing flaw.

A 4° Loft Sleeve allows users to adjust the loft, lie and face angle of the M3 driver.

As they have done for the past few years, TaylorMade is offering more than two dozen premium shaft options at no upcharge.

These are not the fake ones either, they are the actual, real-deal premium shafts you would get if you ordered custom.

Because of the demand for a 440cc version of the M1 Driver, the M3 Driver will be available in both the 460cc and a M3 Driver 440cc model.

Has a sleek, streamlined look at address.

Not as adjustable as it’s M3 cousin.

Just like the M3 Driver, the M4 Driver is sporting Twist Face, Hammerhead, and a Twelve-way Adjustable Hosel.

But there are some key differences in the two models:

Thanks to a recessed sole contour, Geocoustic technology delivers what TaylorMade calls “a solid and explosive sound on contact.”

The M4 offers a more straightforward, yet still highly efficient single CG weighting system built into the rear sole of the club.

Thanks to savings throughout the club head, they’ve increased the CG weight from twenty-two to forty-one grams.

The added weight lowers both spin and launch angle, which leads to more distance.

The D-Type version positions more weight towards the heel which causes players to close the clubface at impact.  The D-Type model generates as much as 20 yards more draw bias than the standard M4 model.

In real world testing, the M3 Driver and M4 Driver live up to the the hype:

All testers noted that off-center strikes not only launched exceptionally well but, most went surprisingly straight.

How do the TaylorMade M3 and M4 Driver compare to older models?

The M3 Driver and M4 Driver match up best to TaylorMade’s prior M1 and M2 models, respectively.

While the names suggest similar lineage, both of these clubs add enough new technology to be considered much more than the typical “refresh.”

For the M3 Driver, TaylorMade carried over the adjustable “Loft Sleeve” and CG weight track system from the M1. But, two new 11 gram weights replace the former 15g and 10g weights, and a new “Y” shaped track replaces the former “T” shape on the M1.

Designers claim that the new Y-track improves CG adjustability and offers more than twice the number of configurations compared to the M1Driver. Like the M2 Driver, the M4 Driver focuses on forgiveness.

They both have a single CG weight system and adjustable loft settings.

The M4 Driver, however, features a redesigned face that’s 8 grams lighter than its M2 Driver counterpart.

The M4 Driver D-Type might conjure up memories of the R7 Draw line of clubs.

For the most part, though, thanks to the new “Twist Face” technology, the M3, M4, and M4 D-Type take forgiveness to a whole new level.

Are the TaylorMade M3 and M4 Drivers the Best New Drivers on the Market?

For the ST-180 line, Mizuno promises explosive distance thanks to their “wave sole” design. Both the Callaway and Mizuno drivers have adjustable shafts, a fixed CG weight system, and traditionally shaped club faces.

The Ping G400 offers the simplest option with a single CG weight port and a fixed lie and loft shaft.

Each of these drivers excels at maximizing distance and forgiveness for players of every skill but, the TaylorMade M3 and M4 offer the highest level of technology out of the group.

For a full comparison of 2018 drivers, check out our full review of the best drivers of 2018.

There are many different reasons that professional players select equipment.  Sometimes it’s all about the money, other times it is about performance.  But when Tiger Woods became a “free-agent” after Nike quit making golfing equipment,  he chose TaylorMade drivers.  Currently, the 460cc Taylormade M3 is the driver that Tiger Woods uses.

Should I buy a M3 Driver or a M4 Driver?

Unlike some other brands that put out one driver for the general public and one for elite players, anyone who golfs will benefit from adding either the M3 Driver or M4 Driver to their bag.

Weekend warriors might lean towards the simpler and easier set up of the M4. But, that doesn’t mean that they shouldn’t consider the M3, it just might take some extra time at the range to find their best set up.

If anything, perhaps the smaller M3 Driver 440cc version of the M3 might appeal to skilled players who like more workability off the tee.

Golfers that just can’t shake their slice should consider the M4 D-Type model with its built-in draw bias.

Every year, golf equipment makers face the daunting task of not only topping their competition but, also topping what they previously advertised as the greatest new thing that ever happened to the sport of golf.

They must also do this knowing that last year’s equipment is still on the shelves, and that next year, they need to bring something even better.

For buyers, it often starts to look like they’re just reinventing club head materials, moving CG weights around or renaming technologies from prior offerings, until now.

After years of slow and steady improvements, it appears that TaylorMade may have just forever changed the “face” of the game, or at the very least, the face of the club, with the bold new design called “Twist Face.” 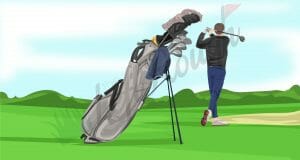 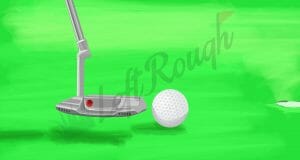 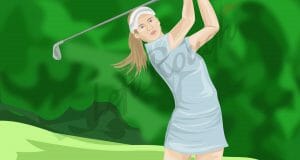