Do you want to learn how to finally hit long irons and give yourself more chances to shoot lower scores?

It’s so impressive to see it pulled off correctly. A high 3 or 4 iron that carries 230, lands soft and set ups an epic putt. But even low handicaps, don’t have that type of consistency with long irons.

Let’s face it, long irons are a weak part of most amateurs game. It’s not something that is practiced enough and easy to lose confidence if you hit a few chunky or thin during your round.

In fact, it’s really hard to do unless you have enough swing speed and a repeatable, consistent swing. But it is 100% possible and achievable once you learn the basics.

Here’s everything you need to know about how to hit long irons and start giving yourself chances to shoot some of your lowest scores yet.

Get the Right Setup to Hit Long Irons

I’ve you read our post all about how to hit hybrids, I’m sure you understand the importance of the right setup to hitting these longer shots. With the wrong setup, it’s nearly impossible to hit long irons or hybrids consistently. Here’s how to fix it:

Most amateur golfers setup too narrow which makes it nearly impossible to get the full shoulder turn. It also leads to potentially swaying on the way back instead of rotating around the body. Start wide enough so your shoulder can comfortably slide underneath your chin on the backswing. These two basics are crucial to set up the rest of the swing.

Ball position is another huge key to hitting long irons consistently, just as it is with being a good iron player in general.  The ideal ball position to hit long irons is the front-center of your stance. Amateurs tend to overcorrect and position the ball too far in the front of the stance. Most players want to try to help the golf ball get airborne. This is a huge mistake!

When you put the ball too far in the front of your stance, it’s easy to make contact with the ball on the way up. This means you’re hitting the club past impact as the club is coming up which leads to a two-groover, super thin shot or even topped shot. Trust the loft of the club, even if it’s not that much with long irons and position the ball front center.

There are a few main differences when it comes to hitting long irons vs. hitting short irons. The biggest difference is the ball position. The shorter and more loft on the iron, the more the ball is in the middle of your stance.

One big misconception of hitting long and short irons is that you need to hit long irons with a hard swing. This is another very common mistake amateurs make and leads to constant mishits.

Instead, try to swing a 5 iron with the same tempo and rhythm of an 8 iron. Oftentimes, if you try to swing too hard you’ll forget to pause at the top and rush the transition. Instead, to hit long irons consistently, widen your stance, position the ball accordingly, and swing smooth.

Here are the main ways to learn how to hit a long iron with consistency.

How to Hit Long Irons Pure

Once you have confirmed the ball position and stance, next up is to address your grip and hand position. You shouldn’t have much of a forward press with your long irons as the club has much less loft than a short iron or wedge. Instead, position your hands slightly ahead of the ball and try to have your left wrist match accordingly.

The next part of hitting long irons pure is addressing the length of your backswing. Just because it’s a long iron doesn’t mean you need to swing like John Daly on the way back. While it might be slightly longer than a mid-iron, don’t over do it to driver level. Try to think “80%” backswing on the way back. Even though you’re thinking 80%, in reality, you’ll probably end up just short of parallel which is perfect.

How to Hit Your 5 Iron Better

The 5 iron oftentimes the longest iron in the bag for most amateurs. If that’s the case, you want to make sure you can hit your 5 iron with a ton of consistency. It’s a very versatile club that allows you to hit so many types of shots.

One of the biggest mistakes amateur golfers make with a 5 iron is that they rush the transition. This leads to the maximum amount of speed before you actually hit the ball. Instead, you want to start the way down a little slower and accelerate at impact.

Focus on timing and tempo, not swinging out of your shoes! Remember, you need to build energy throughout your swing so you have the most speed at impact. These basics will give you the greatest chance of hitting a 5 iron consistently.

How to Hit Long Irons Straight

One of the main reasons amateurs hit long irons offline so much is because the club has very little loft. A 3 iron usually has around 21 degrees and a 4 iron normally has 24 degrees of loft. As explained in the video above, the straighter the face, the easier it is to miss big.

If the ball is starting out way left or way right at impact, check out this stick drill in the video to quickly correct your mistakes. Using an alignment stick or an extra club will give you a great visual representation of where you should be swinging on the way down. To hit it straight you have to swing down the line. Even a few degrees off and it can make for some big misses and even higher scores.

Also, if you’re struggling with hitting long irons straight, I also recommend choking up one inch on the club, especially if you’re playing in windy conditions. By choking up, you make the club slightly shorter and easier to control which is crucial if you’re hitting into the wind. Plus, the higher the golf ball goes, the more it will get affected by the wind.

One of the main reasons that golfers don’t hit long irons consistently is that they try to do too much from bad lies. Remember, long irons are for more advanced and intermediate golfers in the first place. Even they struggle with hitting long irons from the rough. With such a low amount of loft, it’s nearly impossible to hit these clubs pure from the deep stuff.

Instead, use a hybrid if you have one or open the clubface slightly with a long iron. It’s important to get slightly steeper so you can make solid contact. If you need some more help make sure to check out this drill to help you make more consistent contact when you’re hitting off a tee or from the fairway.

How to Hit Long Irons High

One of the best shots to hit during a round is a high long iron that lands soft and gives you a great look at making birdie or eagle. It doesn’t happen often, but when it does it’s such a great feeling. Here’s how to hit it extra high when you need to ride the wind or get over something on the way to seeking the flag.

Move the ball slightly up in your stance, but not too much. The main thing to focus on is your follow through. If you want to hit it high, make sure to finish high.

Don’t try to do too much and lift the ball up. This will only lead to low, thin skulls that can lead to high numbers.

How to Hit Long Irons Low

Similarly, you want to be able to hit long irons low as well. As there is less loft, it’s easier to hit these clubs low, under trees, and shape them back into play.

Hitting it low is all about the follow through as well. Try to keep your follow through below your shoulders and more in your rib area. The biggest mistake I see players make it putting it too far back in the stance. While it should be behind normal, don’t put it off the back of your right foot.

Should I use long irons or hybrids?

It depends on your swing, handicap, and amount of time you can practice. If you’re a high handicap player, don’t make golf any harder than it already is. Instead, opt for playing hybrids until you get under a 15 handicap or so.

What is the longest iron I should have?

Generally, a 5 iron is plenty for most players. If you’re in single digits, then a 3 or 4 iron is usually the longest iron. A 5 iron is great because it’s still relatively easily to hit and can also help with punch shots as well.

Hitting long irons isn’t something that everyone will pick up the first time around. It’s the reason that hybrids market share has grown so much in the last decade. But if you’re more of an intermediate or skilled golfer and like irons more, you can do it.

One thing I encourage you to do is not feel like you have to hit a long iron, even if you are a single digit handicap player. Use whatever club you need to get the job done. Some player’s will swear by a good driving iron, while some of the best players on tour don’t carry more than a 5-iron. The point is don’t get shamed into it using them from your buddies.

At the end of the day, all that matters is that you use what clubs help you shoot the lowest score, not what clubs you used to make it happen.

1 thought on “How to Hit Long Irons” 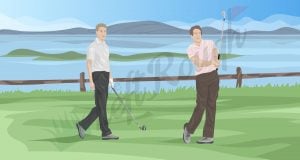 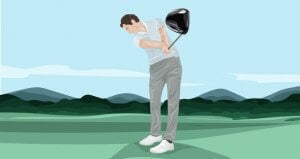 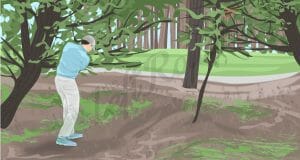 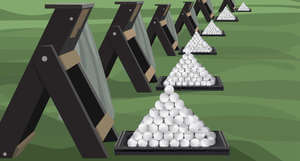 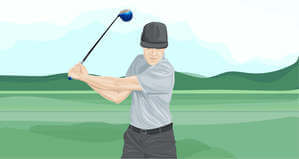 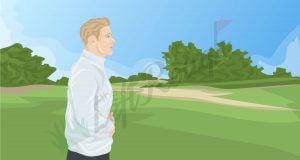 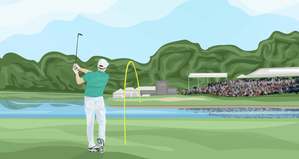