When a golfer thinks of quality golf balls, it’s easy to default to the soothing voice of CBS Sports golf commentator Jim Nantz, who serves as pitch man for Titleist, the No. 1 ball in golf.

Dominating the market for decades, Titleist has been the popular choice among low handicap amateurs, college stars and has earned its moniker by year in and year out slotting as the leading ball on the PGA Tour.

When the company released the Pro VI in the late 90s, it changed the game of professional golf. Pros instantly started pounding longer drives and hitting their irons farther.

Pretty soon every other golf ball manufacturer copied the Pro V1 technology to earn its share of the market and not be rendered obsolete.

Titleist’s latest release the AVX, is intended to give less skilled, higher handicap golfers the same feel and distance in a comparable ball. It’s another top-of-the-line offering and makes Titleist a player in the soft-covered golf ball game.

The Titleist AVX golf ball is a three-piece ball featuring a unique GRN 41 Urethane cover, which was invented by Titleist and manufactured inside their plant only. It has a high flex casing layer which Titleist claims is the secret to its exceptional distance.

The 352 tetrahedral catenary dimple design is shallower than the dimple design on the either the Titleist Pro VI or Pro VIx and produces a strong, consistent ball flight in windy conditions.

In short, this is the softest, lowest trajectory, lowest spinning Titleist golf ball ever made.

Titleist tried an interesting approach as they contemplated releasing the AVX. They sent out limited numbers of the balls in test markets in Arizona, Florida and California, requesting feedback from golfers who bought a dozen. The feedback was positive, leading Titleist to mass produce the balls.

The Player’s Review of the Titleist AVX Golf Balls

Distance – Every golf ball manufacturer claims to be longer and stronger than previous models. But in this case, the description fits as Titleist’s new technology has produced a golf ball that flies significantly longer with the irons based on several independent studies in which golfers of all skill levels were tested.

Results were mixed for most players with the driver but suffice it to say the AVX can hold its spot in the distance conversation. Golfers making the switch from a Pro VI or any of its high-end competitors aren’t likely to lose any distance.

Spin – Although softer than the Pro VI or Pro VIx (comparable to a Callaway Chrome Soft in feel), the spin numbers on the AVX have been lower across the board in early testing and Titleist is marketing it as such, hoping to appeal to golfers who fight ballooning irons or drivers that soar into the ether and are swallowed by the wind.

Short Game – Of course, the other part of this equation means you’ll sacrifice some of the bite and grab required on those delicate shots around the green. Titleist ball fitting specialists suggest golfers should test a ball from the green backward, ensuring it will react in a suitable fashion off the putter and on chips and pitches before heading back to the tee to test the distance and accuracy.

Durability – Like every other golf ball on the market today, the beauty of the AVX is you can play multiple rounds of golf with one ball – assuming you don’t send it flying into someone’s backyard or drown one in a creek, pond or ditch. For all of its innovative technology, Titleist has yet to design a golf ball that floats on the water.

Should I play the Pro VI, Pro VIx or AVX?

It’s easy and natural to assume that every golfer who fights an extremely high ball flight and high spin rate should automatically put the AVX golf ball into play. Or that anyone with a handicap of say, 10 or higher, should forego the Pro VI or Pro VIx and move directly toward the AVX as it is designed with the “weaker players” in mind.

But both of those assumptions are simplistic in nature. In truth, Titleist has released the AVX and put it on the marketplace in mind as a reasonable alternative to either of its more famous golf balls. Characteristics of swing and speed will determine which ball suits your game the best.

The Pro VI (black numbers) was the original game changer for Titleist as we waved bye-bye to the waiting-to-be-cut world of balata way back when. It has remained Titleist’s top seller and even with the release of the AVX is expected to remain the ball that suits the widest spectrum of golfers.

On one extreme you have the AVX – Its the softest ball Titleist has ever made, and has the lowest trajectory and lowest spin rate of the three balls. It will give the majority of golfers more distance, in particular with the irons. Some golfers with high swing speeds have reported gaining 10-12 yards per club with the AVX compared to either Pro VI.

On the opposite end of the scope is the Pro VIx (red numbers). It’s firmer than the Pro V1 and is also Titleist’s highest spinning and highest trajectory golf ball. A golfer who likes the soft feel, almost rubbery cover of the AVX would probably hate the Pro VIx and vice versa.

Also, a golfer possessing a low, flat ball flight with his irons who has trouble holding approach shots into the greens should likely avoid the AVX and would probably be wise to start their search with the Pro VIx.

It’s going to give a player ample distance, medium spin rates and the most feel around the greens. That’s a delightful combination for most golfers – especially those with exceptional skill levels. But we knew that when we started.

So where does that leave the AVX?

If you’re not satisfied with your driving distance or how far your iron shots are flying, by all means try the AVX.

If you’re a high spin player who has struggled to find the right mixture of distance and feel, pick up a dozen of the AVX and give them a shot now that golf season is alive and rolling. Some players don’t mind a little bounce on their approach shots and prefer the tighter, lower more pentrating flight that allows for slight roll out on the greens. Again, the AVX is probably right up your alley.

And, there are those of us – we’re not naming any names or pointing any fingers – who simply like the way the Titleist looks, with its black cursive script. These fine golfers want to play the same ball their hero plays on the PGA Tour each week, hoping, praying for some type of talent osmosis that will seep into their veins each time the clubface makes contact with the ball. To them, we say, good luck and yes the AVX was crafted with you in mind.

For more comparison between the ProV1 and ProV1X, read our article comparing the two golf balls.

With the release of the Titleist AVX Golf Ball, golfers have more options than ever and there’s nothing wrong with having another choice.

Titleist is convinced they’ve created an ideal package of distance and durability without compromising the feel required to save pars and bogeys around the green.

Considering their track record, it’s hard to argue against them and wiser to bet this golf ball will soon be a staple in pro shops around the world, as well. 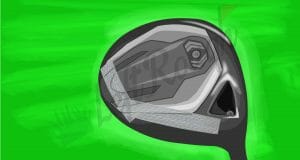 Lead Tape in Golf: A Simple Fix for Straighter Shots 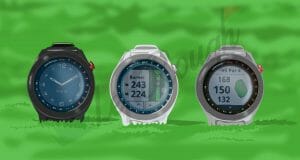 A Caddy for your Wrist: The Best Golf GPS Watches